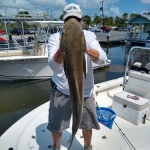 The 2019 Turkey Season is in the books in Northwest Kansas and South Central Nebraska … We had another Great Spring with lots of birds and action … No one left for home empty handed this spring and we averaged just under 2 birds per hunter!!! We’ll be running three and four day packages in […] 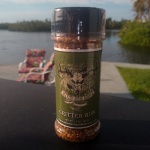 What a difference a year makes… Last winter was a non-stop regroup after Irmageddon and this winter was a non-stop Fishin Mission… I put more days on the water and fish in the boat than any winter we’ve down been here!!! & Got the BGS Charter Buis. Officially off the launch pad. A Special Thanks […] 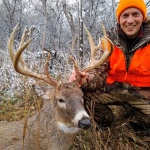 2018 Fall Deer Wrap It’s been a grind, with the typical HIGHS & LOWS that every season seems to bring… I should probably wait a couple weeks to put this newsletter together but then, the “in the moment” reflection might be lost… Every season has it’s own unique twists and turns that make it stand […] 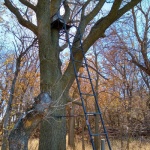 Pix of the Week… It’s Archery Season at BGS! 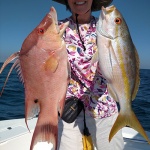 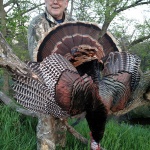 We’ll put a wrap on the 2018 Spring Turkey Season at BGS this week… The season started out cold, rainy, and windy and by the end we were getting those classic cool mornings and warm afternoons that remind us summer is just around the corner. Like most seasons we had our ups and downs and […] 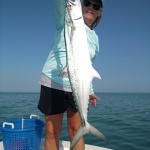 We made it through the BPK Winter Mayhem. Lost Two Vehicles, One Boat, One RV, a Couple Sheds, Stuff, and One House (OUCH…) Thanx Irma !!! It’s all good though, we’re “On the Right Side of the Green” and making progress. New Vehicles, New Boat, New Sheds, New RV, still workin on The House Thing… […] 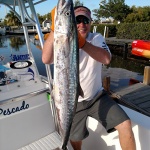 The 2017 Florida, Kansas, & Nebraska Fishing, Deer, & Turkey Seasons are in the books … & what a year it’s been with the opening of our New Lodge, we added several new farms for deer and turkey hunting and played dodge ball with the Biggest Nastiest Hurricane to ever hit South Florida (that didn’t […] 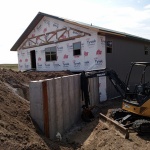 This has been one crazy summer… After putting a wrap on our 2017 Spring Turkey Season, we’ve been full throttle with construction projects. The Lodge is coming along nicely and will be completed the first of October 2017… The West Camp / Man Cave is 99 % Complete, with just a few minor tune ups, […] 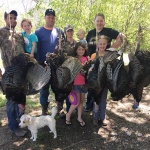 Once again A Special Thanks to All of You that hunted with us this spring, and to Our BGS Staff Mark D., Sandi, Tanya, & Tara… None of this happens without the support of our Clients and our Dedicated Staff! It’s somewhat bitter sweet, however, we’re saying goodbye to The Long Branch Creek Lodge… ”The Lodge” has served us […] 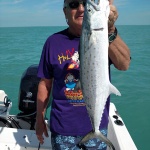 BGS South The 2016 / 17 BGS South Fishing Season has been spectacular !!! The weather’s been unreal and the fishing’s been off the hook (no pun intended)… There’s not a lot of time to get a trip in for the Winter 2016 / 17 Season, however, there’s plenty of time to get a spot […] 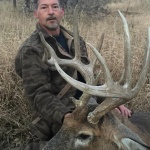 The 2016 Kansas / Nebraska Deer Season is in the books… With all that’s happened, September 2016 seems like a long time ago… Along with some incredible Deer Hunting we watched history unfold right before our eyes as Our Nation elected a New President and The Cubbies won their first World Series in 108 years […] 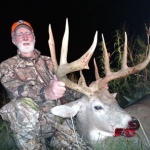 The 2016 Kansas Muzzle Loader Deer Season is in the books. Overall, we had great weather for early September and went two for three with our harvest numbers. Highlighted by a Giant Main Frame 4 X 4 that Gross Scored 180″. This early season Muzzle Loader Hunt is becoming more popular each year and our […] 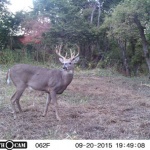 The 2016 Kansas/Nebraska Spring Turkey Season is in the books. It was one of the wettest and chilly spring seasons in recent memory, with our area receiving a record amount of precipitation for the month of April. Even with all the cool rainy weather the Turkey hunting was exceptional. Our Crops, Pastures, and Wildlife Habitat […]

The 2015 Kansas Muzzle Loader season is in the books. Despite 90 degree highs and plenty of wind both of our hunters were able to harvest two exceptional Whitetails. We’ll ramp up our 2015 Kansas & Nebraska Archery Season(s) the Last week of October and the gun season(s) will follow. We’ve added a bunch of […]

ANNOUNCING BGS SOUTH! Saltwater Adventure & Fishing Memberships My first time in the Florida Keys was some 40 years ago, in 1975. Skeletons of old bridges that a couple buddies and me traveled still loom off one side or the other of the New Bridges. They connect the Keys and end at Key West, the […] 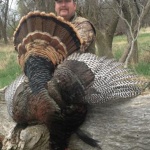 After a rough start to the 2015 Spring Turkey Season (Weather Wise!!!), The Strutters finally got on track and read the memo… The second half of April was Epic with birds scattered everywhere, gobblin, struttin, and doin their thing… Can’t complain about the bad weather and muddy roads, we got some much needed moisture that […]